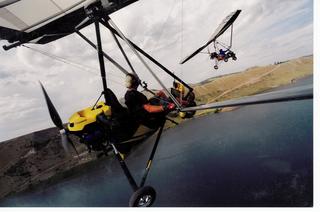 Although we typically have wings in stock, this advertisement is not for any one specific Strutted-Topless Mustang / MPulse, Contour / GT4 / GT5 wing. It is simply aimed to address the most common questions & interests we’re getting as they seem to be growing into the one of the most popular & universal trike wings on the market.